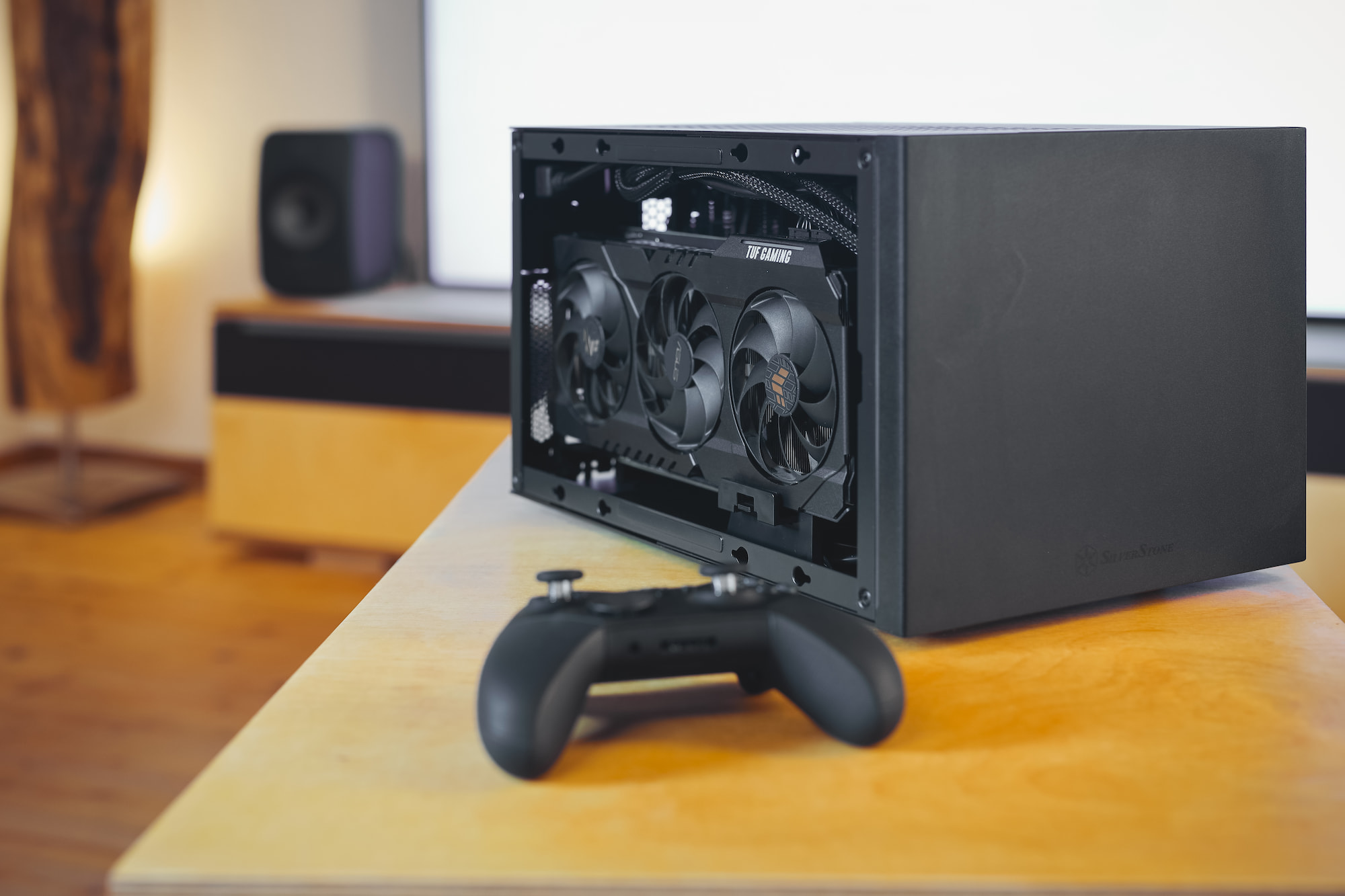 The requirements for my tower PC have changed. The performance of my notebook is unfortunately not enough for CAD, video editing and gaming and therefore my stationary PC will accompany me for a bit more time. At the same time, I don’t want to have two devices for the office and the living room, and image transmission lines with 4k, 60FPS and 10bit are currently nonexistent. That’s why I wanted a “portable” PC that I can move between the living room and the office when needed.

In living room I don’t have the space to build up a big tower, so the pc has to fit in the TV lowboard and in the office I want to put the device on the table to keep the floor free.

Mini-ITX boards offer the right platform for such requirements. They lack a few features that normal ATX motherboards have, e.g. they lack all other expansion slots except for a PCI-E slot, but that doesn’t bother me in this case.

After some research, I came across the SilverStone SUGO 15 case that can hold my tripple-slot RTX 3070 graphics card with its 30cm length and can also hold my large be quiet! Dark Rock Pro 4 CPU cooler while still being small enough to fit in my small TV cabinet.

So all I had to buy new was the case and the motherboard.

The assembly turned out to be quite simple with a little dexterity. The instructions guide quite well through the correct sequence.

When I noticed that it didn’t work without further ado, I had to cut open the shrink tubing of the power supply cables to be able to bend the individual wires better. This way it works without problems.

The cooling works well with another case fan. The graphics card supplies itself directly with fresh air and the waste heat ends up inside the case. There, the CPU fan and the power supply fan transport it back to the outside. Additionally, a case fan blows into the case. It’s not an ideal concept, but it works even after several hours of benchmarking. Neither the CPU nor the graphics card clocked down and the temperatures were all still far away from critical temperatures without becoming unpleasantly loud thanks to some tuning of the fan speeds.

The packing density is actually quite high but I didn’t lose any features despite coming from a large midi-tower PC case.

The project was fun because I haven’t dealt with current hardware for a while and now I have a nice little cube that looks pretty good invisible in the TV lowboard and also looks nice and simple when it’s on the office desk.