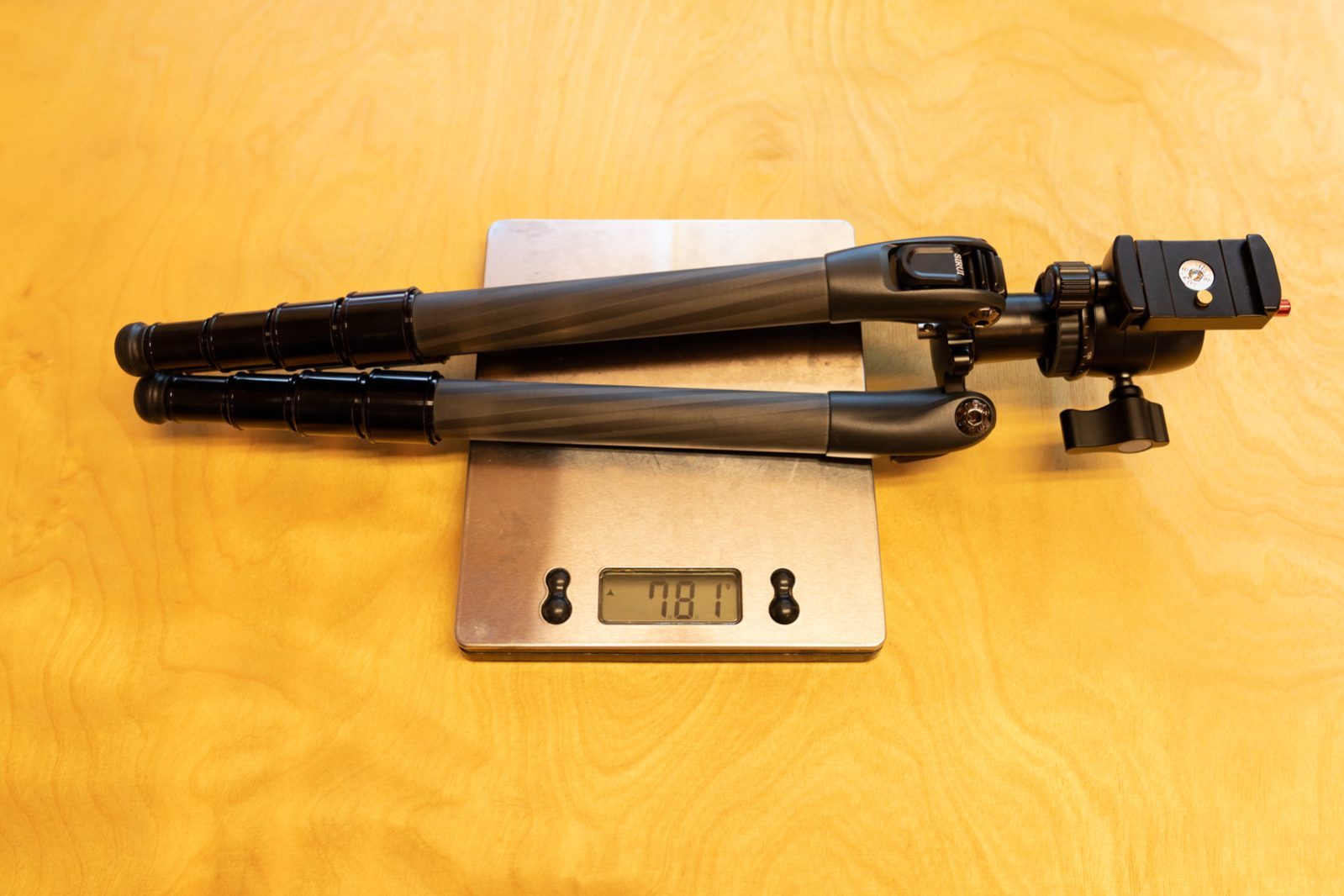 Since I want to travel independently of destination and duration only with a backpack, it has become unthinkable for me to take a 3kg heavy tripod on vacation.

In the meantime I had got myself a “travel tripod”, but with its 1.4kg it was still unpleasantly unhandy and disproportionately heavy.

But because I don’t like to do without a tripod, I now have a closer look at ultralight tripods.

After some research I ended up with two tripods, which I took a closer look at.

The Rollei Compact Traveler No. 1 Carbon Tripod is very light (980g) and very affordable. But when I strapped my camera to the completely extended tripod I noticed that my camera sits very restless due to its high weight. When the center column is extended there is a pivot point around the tripod base which would have made the tripod unusable for me. In the retracted state the tripod was acceptable but with the Rollei tripod the centre column cannot be removed and so I would take it with me although I would not use it. Wasted optimization potential.

The Sirui T-025SK with B-00K ball head sounded so promising that the centre column could be removed. It is also a carbon tripod with a total weight of 980g advertised. The Sirui B-00K ball head is specified in the data sheet with a load capacity of 10kg. Enough buffer for my heavy DSLR. The choice fell on this model because I expected that I could save some weight by omitting the center column.

With all attachments the tripod does not weigh 980g, as stated in the product data sheet, but only 931g (without the quick release plate on the camera).

How far can the weight be pushed?

With the center column extended, the tripod is unsuitable for my heavy camera. A pivot point is created around the tripod base. That’s why I put the ball head directly on the base. The maximum working height (upper edge of the tripod plate) is now only 106.5cm but the swinging of the camera has almost completely disappeared. As long as the wind is not too strong I should have no problems with the light tripod and my heavy camera. The pack size is now 39cm. 66g saved.

The foot locks have an additional rubber coating that can be removed nondestructive. I know these rubberings from other tripods and with increasing age they become super sticky. Away with it! Just pull the rubber down with your fingernails. At the lowest foot part the locking cap must be unscrewed completely so that you gets the small rubber off. The remaining rubbers can be put over the small foot. 43g saved.

A cold protection rubber coating on a carbon tripod? ಠ_ಠ

Carbon has the nice characteristic that it hardly conducts heat and the surface does not feel unpleasant even at low temperatures. Away with it. Unfortunately these cannot be removed nondestructively. 31g less.

The snap hook is actually designed to allow the tripod to be weighted down for example with a backpack when standing so that it stands more securely. Not a feature I use. 8g less.