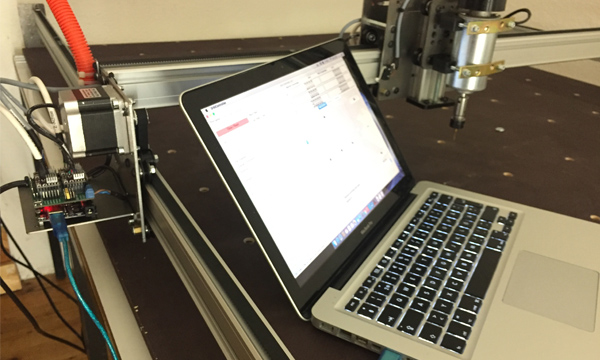 how to run china Arduinos on Mac OSX

First tests with the CNC milling machine have been completed and the good piece has moved from the office to the craft room. But at the moment there is no PC to control the machine and I have to do the control with my MacBook.

My desktop PC had no problems talking to the Arduino Uno Clone. But my MacBook refused to recognize the USB device. The Mac doesn’t seem to accept the virtual FTDI controller of the China Arduino and only wants to talk to the original controllers.

To avoid this you have to install a usb-to-serial driver yourself: Download – Link

After that you have to deactivate the kext-signing of Mac OSX:

Following a reboot of the Mac and men Arduino Clone was detected and could be used.

! Attention, kext signing is an important security feature of OSX and should not be deactivated. Use only in case of emergency and rather buy an original Arduino.