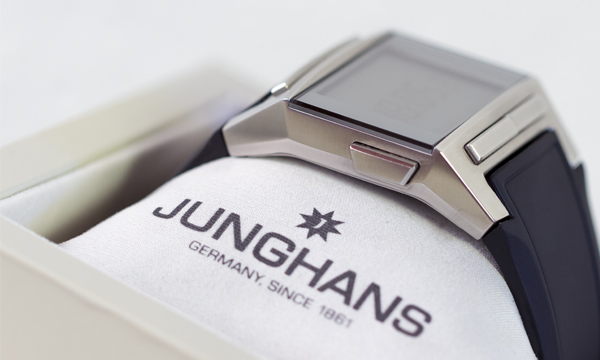 Originally I wanted to buy a watch with Poljot 3133 for the sport. The result was a Zeppelin 7410-2 Classic Line, but the high value and the automatic for the use in the gym of its own exclusion. Therefore I bought an additional Swatch (Chrono Signal Flag from 1990) at a low price, but I don’t like this part very much, because jumping hands and a bad readability don’t make fun for me. Therefore I was still looking for a beautiful timepiece with chronograph function.

With me the Uhrforum.de crystallizes slowly really as first address for the purchase of used clocks out. The minimum standards for the article descriptions, the pictures and the behaviour of the sellers are first class and make the online purchase of such risky items as a watch quite pleasant. Moreover, the pricing is quite humane because the sellers generally know that the connoisseurs of the individual models know exactly the value of the objects and rarely dare to charge moon prices.

By luck, I became attentive here to the Mega 1000 of Junghans, whose design I liked so much that I like to overlook ‘only’ wearing a digital watch.

Since 2005, the Junghans Mega has replaced the “Junghans Mega 1”, which came onto the market in 1990 as the world’s first radio wristwatch and thus wrote a small piece of contemporary history. [more]

The new rubber strap lends the watch a sporty, high-quality and noble appearance.

My model is from 2012 and according to experience reports the battery only lasts about 2 years. So I bought a CR1620 cell and changed it for safety. But please note that after opening the lid you don’t lose the two small contact springs that control the piezo in the lid. Furthermore you have to remove the battery very carefully from the socket and neither break the transducers nor damage the windings of the DCF77 antenna.

The Junghans Mega is available in two different display versions: Light background with dark numbers and vice versa. I read beforehand that some people had said something about the poor readability of the dark slide display. That’s why I chose the bright display and am very satisfied with it.

As usual with digital clocks, the menu navigation takes some getting used to and the setting of individual functions or configurations is not exactly intuitive. At least you don’t have to set a time thanks to Braunschweig atomic clock synchronization. For a quick and easy operation of the chronograph it is enough.

One often reads that the Junghans Mega 1000 has problems with time changes. I can confirm that. In my case, she didn’t notice the time change from winter time to summer time 2015 and displayed three incorrect synchronizations the next day. Although you can also start the time adjustment manually (which then also worked immediately) but for a radio-controlled clock this is a bit sad.