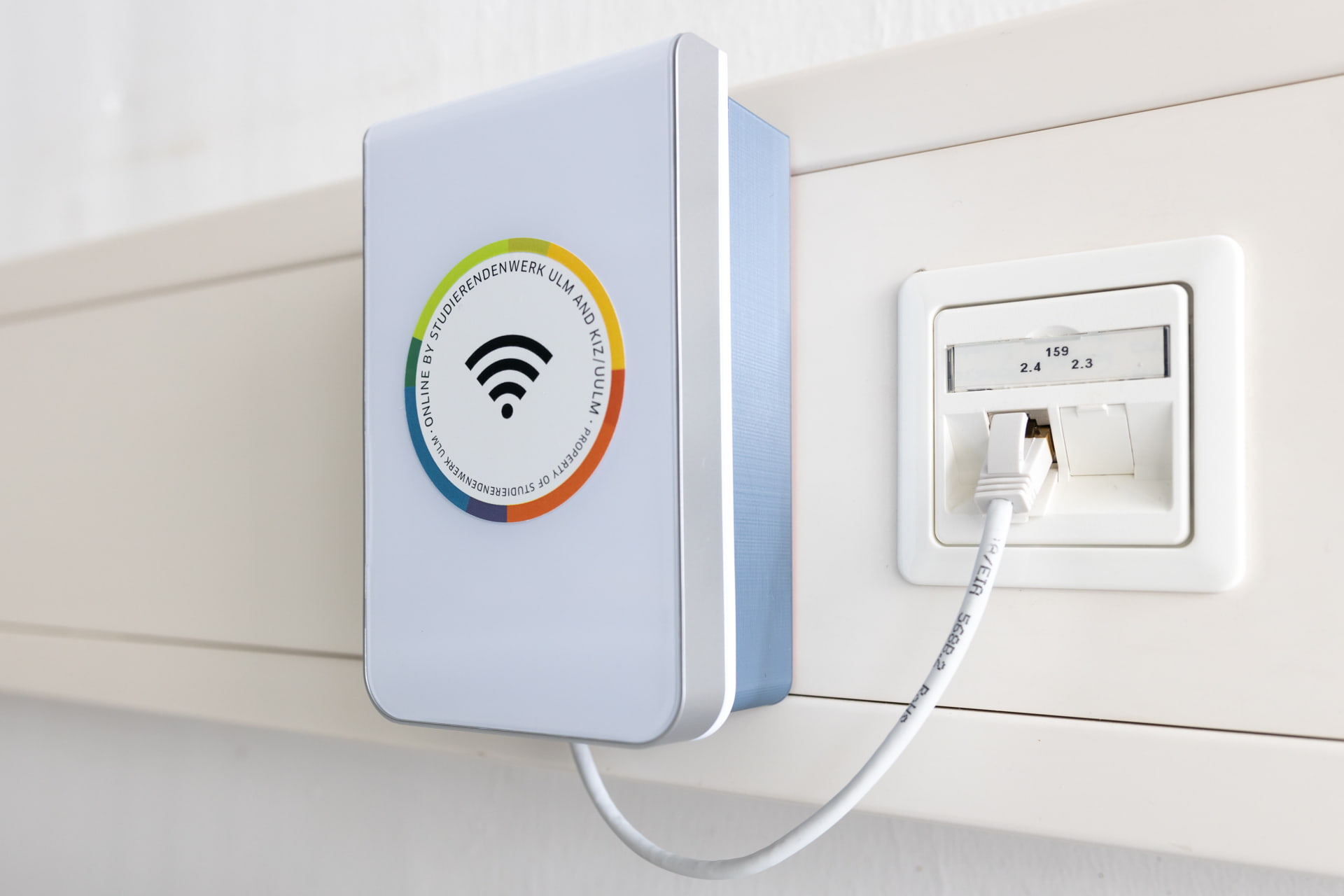 In a larger project, several dormitories and just over 300 rooms were to be equipped with WLAN access points.

The residential properties were all very different from their existing network infrastructure and it soon became clear that a general concept was needed during the planning phase, and of course the whole thing had to be as cost-effective as possible.

The choice of access points was made for Ubiquiti UniFi AP AC in-wall (UAP-AC-IW) models, which are able to pass on their Ethernet port, which they occupy, to the outside. Many of the residential properties had only one Ethernet port per room. We would have either had to take the port away from the residents in exchange for WLAN or would have had to rewire it at great expense.

Unfortunately the access points do not come without disadvantages. These devices are actually designed for mounting on single gang Elekto wallboxes and not for direct wall mounting.

The goal was to be able to mount the access point on the wall in relative proximity to the network socket. After some consideration we decided to try to design an adapter piece for wall mounting by ourselves.

A first prototype was quickly designed in AutoCAD Inventor and after several test prints I had a first working model in my hands. When calculating the cost of over 300 pieces, it quickly became clear that every gram of filament saved and every minute less printing time could save us a lot of money with the sheer volume of print objects. So I invested some time into the optimization and at some point the bending radius of the LAN cable inside the machine became interesting to reduce the adapter height. After test purchases of various cables, the choice fell here on Wantec cable in the length of 0.5 m.

You can find the wall mount at Thingiverse to download

At some point we came up with an idea that fundamentally changed the course of the project: Why not stick the access points to the wall with double-sided adhesive tape?

With a series production of more than 300 devices, we have considered beforehand how to optimize each handle. No unnecessary hand movements, everything within easy reach. Even small things like unpacking and sorting the screws of the access points and removing all protective foils took many hours due to the quantity.

Altogether we were busy for several weeks, always a few hours a day, preparing all access points for the next dormitory. The devices are manufactured, labeled and inventoried with their MAC addresses so that they can be managed and assigned later on the WLAN controller. The MAC addresses could be scanned via QR Code on the access points with a barcode hand scanner.

A dormitory with about 100 installations could be completely equipped in one morning with the help of a few people thanks to the adhesive mounting. Minimally invasive for the residents and with full flexibility in the position of installation. The installation time was thus only about 3 minutes per living space.