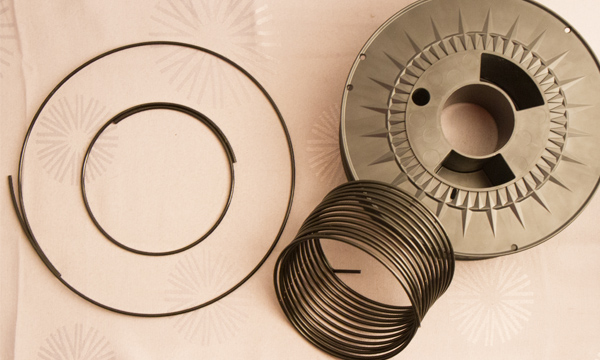 Lately I had massive extrusion problems with my Ultimaker and had the initially thought the feeder would be the problem because my knurled head screw had partially eaten in the filament and finally was slipping.
In the meantime i changed the nozzle and have increased printing temperatures permanently to care for an ungehindert extrusion flow.

The actual problem was quite different.

The filament is traditionally delivered in coils, wound still warm from the production process in these roles. The bending radius of the innermost layers of the filament around the hub is so small that the filament runs with higher tension in the Bowden. Against this pressure the feeders knurled head screw has to work constantly, so clogs more quickly and then slips finally. From here, the transport screw eats in the filament and the extrusion stops definitively.
The problem occurred probably from the last 20% of the 1kg coil and then getting slowly worse.
I have to come up with an economical solution for these 200g of remains.