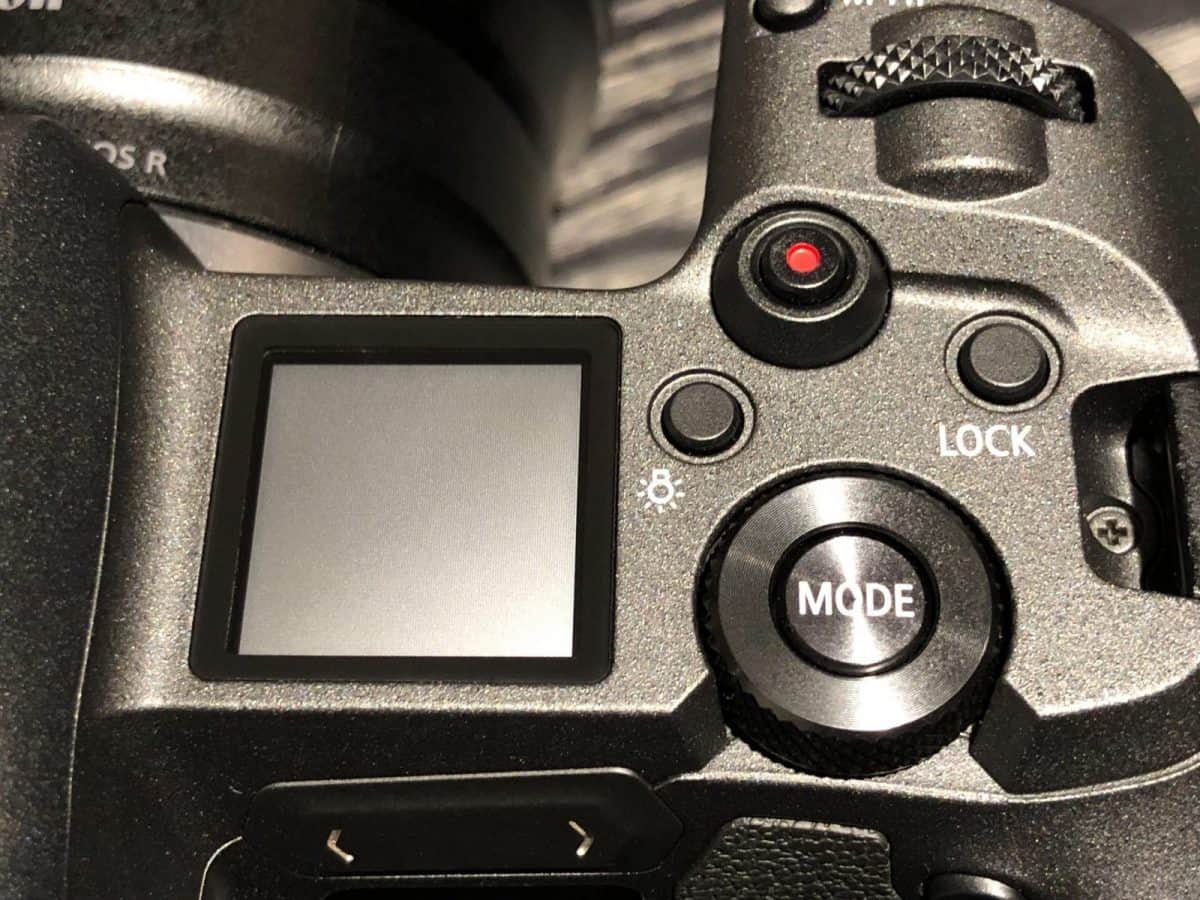 How my Canon EOS R broke down after not even 100 releases.

One of the main reasons why I switched from a Canon EOS 6D mk2 to the Canon EOS R was the ability to charge the battery from the camera body. This saves me an extra USB cable and the camera charger when travelling.

Laptop, camera, lens, the ultra small laptop charger, a USB-C cable and there you go. The dream of an onebagger becomes true 🙂

I went out on the street with my new camera to do some test shots. The camera impressed me with its slim body, which lay well in the hand. Despite its rather high weight it does not look & feel “bulky” like the classic full frame cameras from Canon. A fantastic further development.

After the first use the battery had 89% remaining charge and I had taken about 90 pictures. After viewing the pictures on the PC, I left the camera plugged into the USB-C cable for charging.

The green lamp on the body was lit continuously and the battery symbol on the low power LCD display indicated the charging process.

After some time I noticed out of the corner of my eye how the green charging LED suddenly started flashing very fast. Strange…

I unplugged the camera and plugged it back in. Now the camera didn’t move at all. No LED was lit, no symbol on the Always-On Display and no error code. I started to get nervous and plugged a battery from my Canon 6D mk2 into the Canon EOS R.

(The Canon 6D mk2 has the LP-E6 battery and the Canon EOS-R has the LP-E6N battery, which is capable of in-body charging) But in principle it is the same battery.

After some research on the net I didn’t hope to solve the problem myself. Practically a delayed Dead on Arival (DOA). Canon has to take care of that.

My new model holds out bravely until now (a few months later).

The EOS R is Canon’s first camera with in-body charging. Because the camera died during the charging process, I am now always afraid of the fast blinking green status-LED. I hope that Canon’s in-body charging doesn’t have any teething troubles and that my total failure was only an isolated case/coincidence. Unfortunately, this drop of bitterness remains for me now.