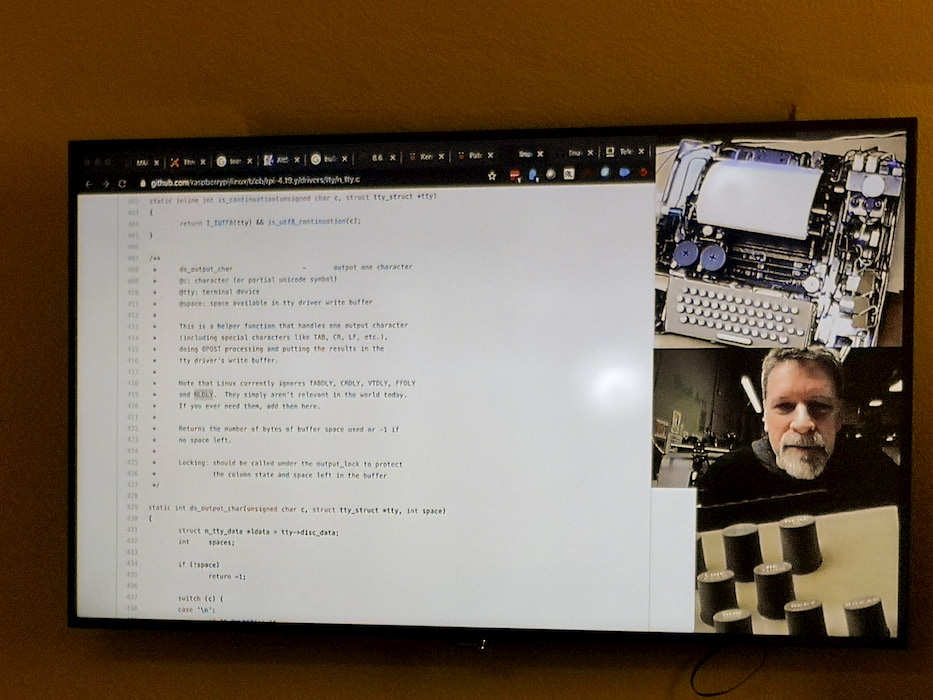 The Philips 55pus6101/12 is only out of warranty for a few months and the first signs of failure have appeared. Little by little, more and more bright dots appear on the screen. The problem can be solved very cheaply but it requires a lot of tact. With a tip, which you will get at the end, the result is probably better than mine. Because lessons leaned.

This is a known problem (also for other manufacturers) and is due to a material defect in the backlight. The panel is illuminated from behind with LEDs. To prevent the LEDs from appearing as dots, diffuser caps are placed on the LEDs to disperse the light evenly. In the case of the Philips PUS TV, these diffuser caps are glued directly to the PCB over the LEDs and here Philips probably used a bad glue which starts to get brittle over time. The diffusors simply fall off at some point. Probably only a few cents difference between a good glue and the glue Philips used.

Careful, this is not a complete guide. I’m just picking out a few specialties here. Models may differ from one another. You do this at your own risk.

I have never disassembled a television set before but it is not really that difficult. The unit is placed on the floor with the panel down and all visible screws are loosened at the back. There is a maintenance flap through which you can remove a plug. This is the control of the small joystick on the back of the TV.

Once the plug is disconnected, the rear cover can be removed. The device can now be placed on its back. So that the electronics are not lying on the floor I have turned screws into the Vesa holder as a spacer.

Now the black frame of the TV is released. This frame holds the metal housing and the panel together. Loosen the many small screws all around.

As soon as the frame is gone, only a mask with small retaining lugs holds the panel to the metal housing. These can be removed carefully all around. Except the side from which the panel is controlled. Here you cannot reach all the lugs. But that is not bad. You can still fold the panel far enough away to get to the inside.

We put the device upright and folded away the panel together with the diffuser foils in a V-shape with a 45° angle.

Now you get to the backlight and 6 of the diffusers are already rolled out.

Many of the other diffuser caps could be removed with a simple touch of a finger and fell off. We also decided to remove the remaining caps and reglue them. A “mistake” as it turned out later.

We have reglued the diffusers with this glue.

In the end everything reassembled and voila, the TV even works.

Unfortunately, it turned out that the diffusers are extremely sensitive to the correct fit and some of them were probably not 100% centered. So the trick is not to remove all diffusers and glue them again but to strengthen those that are still halfway in position and only glue those that have fallen off again, making sure that they fit exactly.

With “plane” bright surfaces the points are best seen. In a normal moving image, however, they are hardly noticeable. But it is much better than without the diffusers. I am quite satisfied with the result. So the device just keeps running in the guest room and doesn’t have to be thrown away.