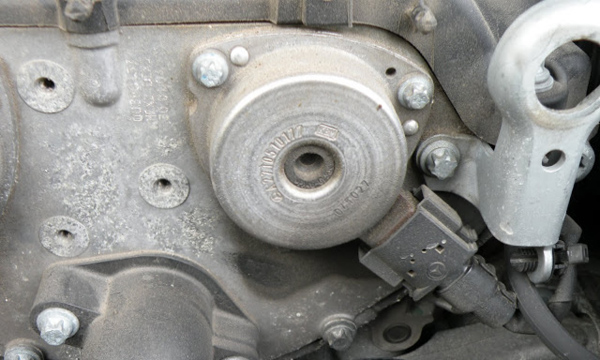 Today we are dealing with an annoying topic with M271 engines, which can cause a lot of damage by undetected progress.

Before I bought my CLK, I had found out which defects were known to exist in the 200k engine and how they could be identified and repaired. One of the problems described by some customers was the oiling camshaft adjusters.

Immediately after buying the CLK, I asked my Mercedes workshop that I would like to install an oil stop cable as a preventive measure. This intermediate cable is processed in such a way that the oil cannot propagate into the wiring harness, but remains at the plug or drips out of it, without any further effect on the rest of the wiring harness. The workshop employee, on the other hand, was convinced that the W209 ‘342’ (200k) was not affected by these problems. Only older models (M111 e.g. from the w208 or similar) would have problems with this. An installation is not necessary. – Fatal, as it turned out almost a year later.

One day during a motorway trip the MKL lit up, an error ‘Lambda sensor KN (Nach-Kat-Bank1)’ could be read out. At this time the car had run nearly 175 000 km

When removing the probe it turned out that the plug of the probe was full of oil.

That was the moment when the thing with the oiling camshaft adjuster and the filthy wiring harness came back into my head.

The cable is simply plugged between the NW adjuster and the cable harness.