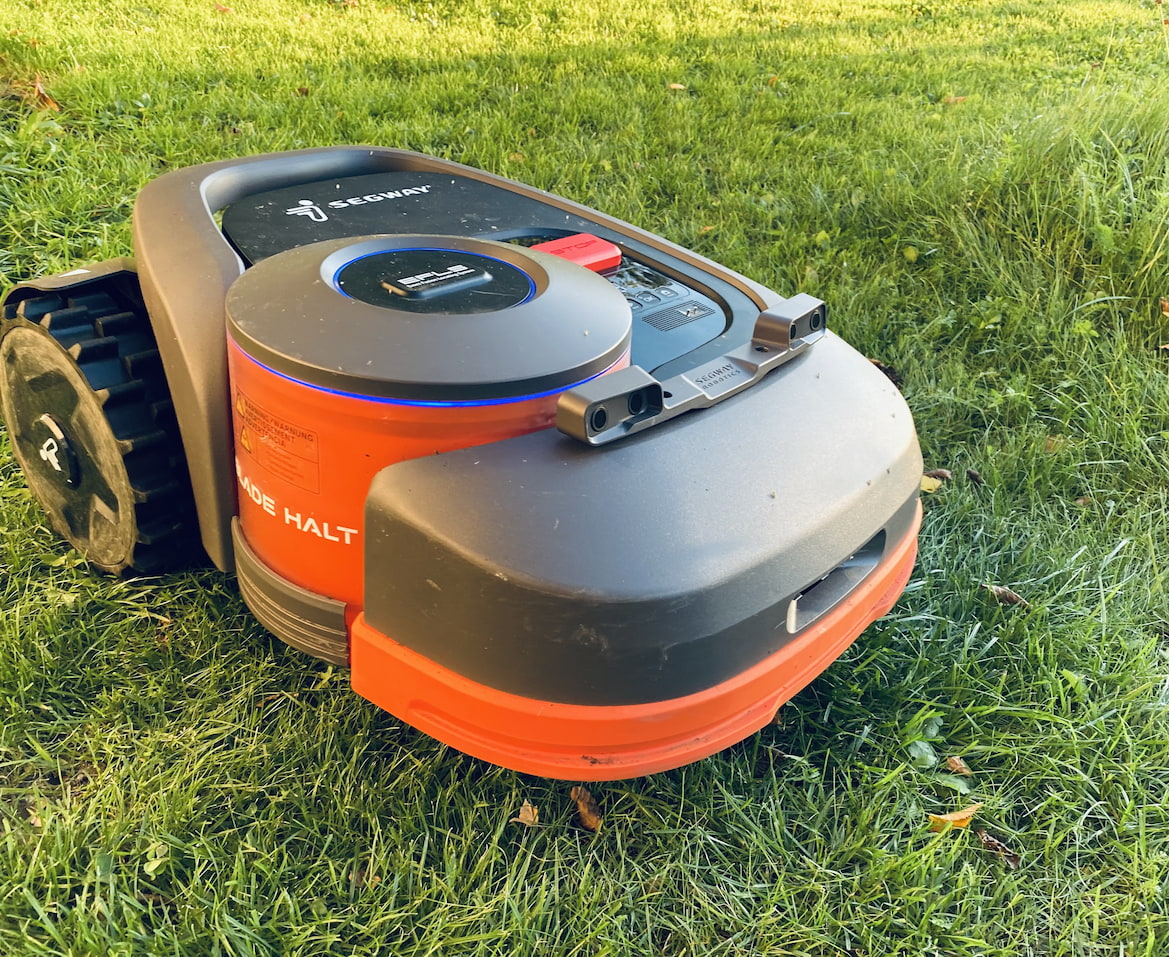 My Segway Navimow H500e got a small upgrade. By default, the robot can only orientate itself via its RTK positioning system and the bump sensors. This means that when he drives towards (temporary) obstacles, he doesn’t notice it and bumps into it at “full speed”.

Only the largest of all models, the Navimow H1500e comes by default with the ultrasonic sensor. All other models have to buy the sensor later for around $180.

How does the sensor fare and is it worth the investment?

According to initial experience, it can be said that it does not make mowing worse- which I see as very positive. I was afraid that he would shy away from flower beds and suddenly leave too much distance where he would have just driven around before.

But does it do what it’s supposed to do – avoid obstacles?

It depends and yes and no

If the obstacles are too low, such as a shoe in the lawn, then this is in no way an obstacle for the mower, no matter how the shoes are positioned. The viewing angle seems to be “straight ahead” rather than “down”. The sensor will not protect your hedgehogs.

At first I thought my little tree with a diameter of 10cm was too thin to be recognized, but every now and then he manages to recognize him.

But the sensor also has problems recognizing larger objects. I tested with different obstacles but I didn’t have a 100% recognition rate with any obstacle.

I have mixed feelings about the sensor. I know that ultrasonic is not comparable to a lidar when it comes to distance measurement and accuracy, but I used to be able to use ultrasonic sensors to navigate a self-made robot without collisions.

At the same time, we are very early in the life cycle of the Navimow robot and I guess that the software for the module has to be refined. In Germany we say: it is a “banana product” it ripens at the customer site -just like the firmware of the Navimow mower itself.

I can only say again and again that the whole product was thrown onto the market much too early and from what I’ve seen from the update cycles so far, it can also take a long time before something improves here.

So is the upgrade worth it?

If I knew that there would be no further development here and the poor detection rate would remain, I would clearly advise against buying the sensor.

But because I have the hope that more can be done here with the right software settings, I would say the upgrade can be worthwhile at a later date. If you ask me, the sensor should actually be part of the standard scope of delivery for all models. It just feels right that the mower can also “see” to react to obstacles.