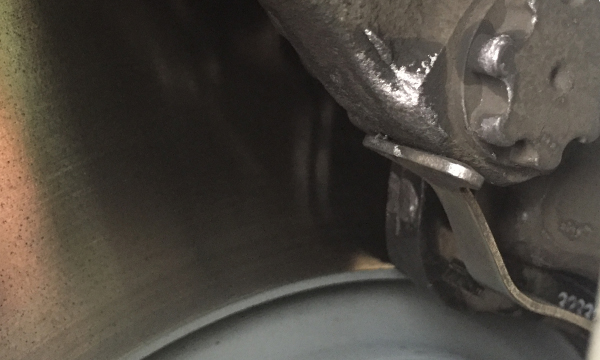 For several months I had heard an extremely unpleasant crackling noise while braking. But now my workshop has finally found out about it all.

At first I was firmly convinced that the noise would come from the wishbones or tension struts that would hit the bearings when the load was changed.

Several times I was in the workshop and listened to the noise but only at the last appointment the search went not towards the chassis but towards the brake system. The assumption was that the friction linings in the guide in the brake carrier would have play and thus with the touching of the brake always ‘dragged along’ and were beaten against the brake carrier.

I guess he did, too. The previous owner of my car had installed brake discs and pads from the accessories, which had apparently been manufactured with bad tolerances and therefore the play between the pads and the brake carrier occurred.